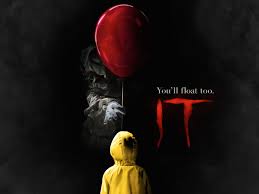 Rating : 3.5 / 5 stars What’s it about? IT is the feature film adaptation of s Stephen King novel by the same name and is directed by Andy Muschietti, starring Bill Skarsgard, Jaeden Leiberher, Sophia Lillis and Finn Wolfhard among others. The film is set in the little town of Derry where mysterious things … END_OF_DOCUMENT_TOKEN_TO_BE_REPLACED